How to Read Chord Charts

How to Read Chord Charts

Chord charts are an excellent tool for musicians of all ages and skill levels.  For beginners, chord charts provide a simple way to “read” music without having to learn standard notation right off the bat.

For intermediate and advanced musicians, chord charts provide the most important information about a song at a glance and allow him/her to focus their creative energy on the finer details of the song.  For all ages and skill levels, chord charts leave lots of room for the musician to make the song their own.

On this site, we provide chord charts in two formats:

HOW TO READ CHORD DIAGRAMS

A Chord is when we play 3 or more notes together at the same time.  There are an almost unlimited # of chords that can be played on the standard rock band isntruments (guitar, piano, etc.) Standard notation is typically used to communicate which notes to include in a particular chord on the Piano, but on the Guitar we often use what are call “chord diagrams.”  These are used to communicate exactly which strings and frets to play and with which fingers.

SUBSTITUTING COMPLEX CHORDS WITH SIMPLE ONES (AND VICE VERSA)

When you first start to learn chords, you will typically be taught the “plain vanilla” version first.  These are the Major (i.e. C, G, D, etc.) and Minor chords (Em, Am, Cm, Dm, etc.). Although these sound great, many musicians like to add “flavour” to these chords by adding additional notes.  These are called chord “extensions.”

Some examples of chords with extensions are:  Cadd9, Dsus2, G7, Am7, etc.  There are lots of permutations and different extensions (read: flavours) that can be added, so don’t get caught up with that right now.  (click this link if you’re interested in learning a bit more about extensions).

In many of the chord charts on this site you will see these extended chords.  If you are feeling adventurous and would like to learn some new chords, you can download the pdf chord chart for the song and read the chord diagrams, many of which are extended chords.  However, if you are a beginner on the guitar I would recommend substituting the plain version of the chords for the extended ones until you’ve got those fully memorized.  For example, if you see a Gsus4, you can just play a G.  If you see an Am7, you can just play an Am.  By learning all 5 of the major chord families for the guitar, you will be able to move onto the extended chords in no time.

And if you have been playing guitar for awhile, the reverse is also true;  you can take the “plain” chords and substitute more “flavourful” chords. This makes the music much more exciting and interesting.

Often you will see chords with extensions (i.e. sus4, or M7). If you just starting on the guitar, you can always substitute the standard chords for these and the songs will still sound great. If ou have been playing for a while and would like to challenge yourself, try to play these more advanced chords.

HOW TO READ STRUMMING PATTERN CHARTS

At the top of the pdf downloadable version of our chord charts, you will usually see a section called “Strumming Pattern.”  These can vary in
complexity, but the basics are the same.  The bottom line shows the beat of the measure, the next line up shows shows what you should be doing on the corresponding beat, and when there is a 3rd line on top, it indicates when you should play the corresponding beat a little bit louder (called an “accent”).  For both beginner and advanced strumming tutorials visit our video resources section and click on guitar.

Often in our chord charts you will see some chords written with slashes and dashes between them.  This is a variation on a system often used by Jazz musicians to indicate when you should play a sequence of chords.  Although it might look a little complicated at first, it’s actually quite simple.

In Western music a song is made up of a series of measures (sometimes called “bars”), which are in turn made up of a series of “beats.”  When you hear a drummer yell out “1  2  3  4!” before the band comes in, he is telling the rest of the band how many beats per bar there are (in this case there are 4), and what speed they should be playing them at (if he counts slower, the band will play slower.  If he plays faster, they’ll play faster.)

Occasionally, you’ll see a chord in parenthesis.  This means that you should play the chord slightly before the beat it’s on (see below).

At the top of the web page for each chord chart you will see a
box that looks like this:

It is packed full with helpful information about each song,
seperated into categories.  They are:

MAKING THE SONG YOUR OWN

If you want to learn to play a song exactly the way it is on the recording, then chord charts are not the best way to get there.  A Chord Chart is just a guide; it’s not a GPS, it’s a hand-drawn map on the back of a napkin.  It gives you just enough information so that you play something that is familiar to you and other people, while leaving lots of room for your own expression and interpretation.

So when you play a song from one of our chord charts, I would encourage you to experiment. Change simple chords with more complex ones, come up with a completely different strumming pattern, use a capo to change the key, or play it at a different speed to change the mood, read through the lyrics an internalize them so that you can play the song from a place of empathy.

MAKE THE SONG YOUR OWN! Treat the strumming patterns and extended chords as suggestions and play around with the song to make it your own. 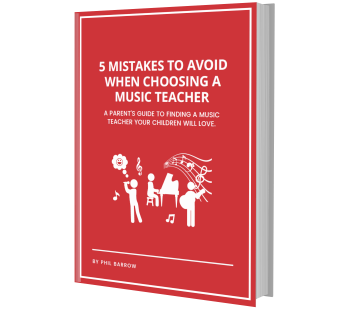 GET OUR FREE EBOOK

How to Prepare for Your First Online Music Performance