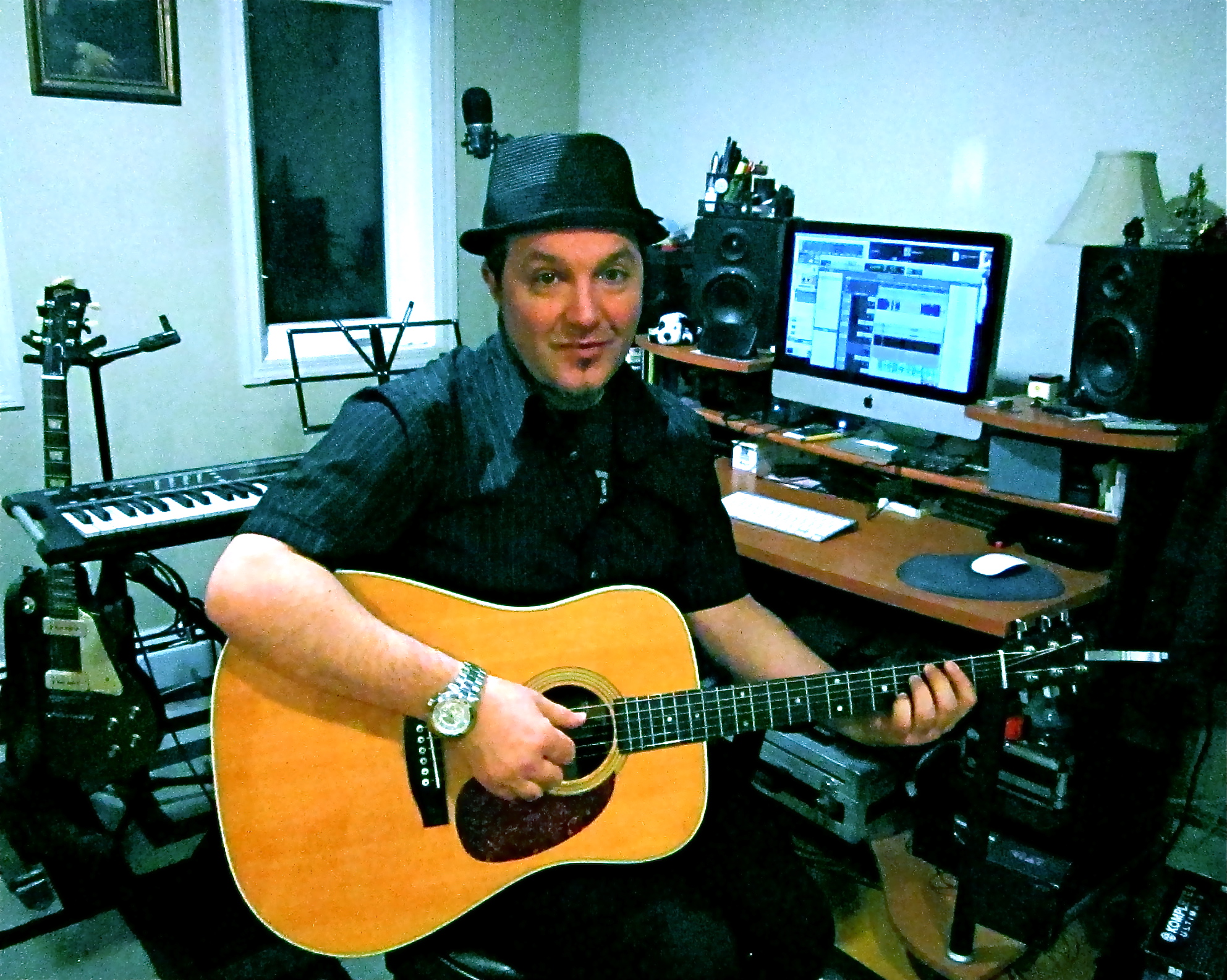 Stephen Marshall (Steve) has been a multi instrumentalist most of his life. Starting on saxophone, and then moving to drums at the age of 13, then after playing the electric bass in his first band Dynamic, he soon moved onto the 6 string guitar, where he stayed primarily for the next 25 years. Steve was a Founding Member of the Canadian Pop/Rock band Marianas Trench, toured Canada and the US extensively. As the Original Lead Guitarist and “the guy who named the band”, Steve has been involved in some way, shape or form on most of the Marianas records, whether it’s playing the ukulele or singing some background gang vocals, Marianas Trench still feels very much like family. Primarily Self-taught on Guitar with Private Guitar Mentors like Ron Samworth and Dave Martone, Steve also studied Voice with the legendary Corlynn Hanney, of Leonard Cohen and The Muppets fame.

Steve’s true love is songwriting and Music Production, having been an earning SOCAN/ CMRRA member since 2009, having co-written many songs with numerous artists.

Preferring the Nurtured by Love approach, he likes to make it all about having fun. “I feel like enjoyment is paramount. If a student is having fun with what they are doing, they will want to continue and will just naturally evolve and grow as a player. I prefer learning music to feel less like math homework, and more like band camp” With an extensive background in Composition and Live Performance, having performed venues as big as Calgary Stampede and the Pacific Coliseum, Steve has over 10 years experience teaching children and beginners. Steve teaches Guitar, Drums, Ukelele, Voice, and Composition.